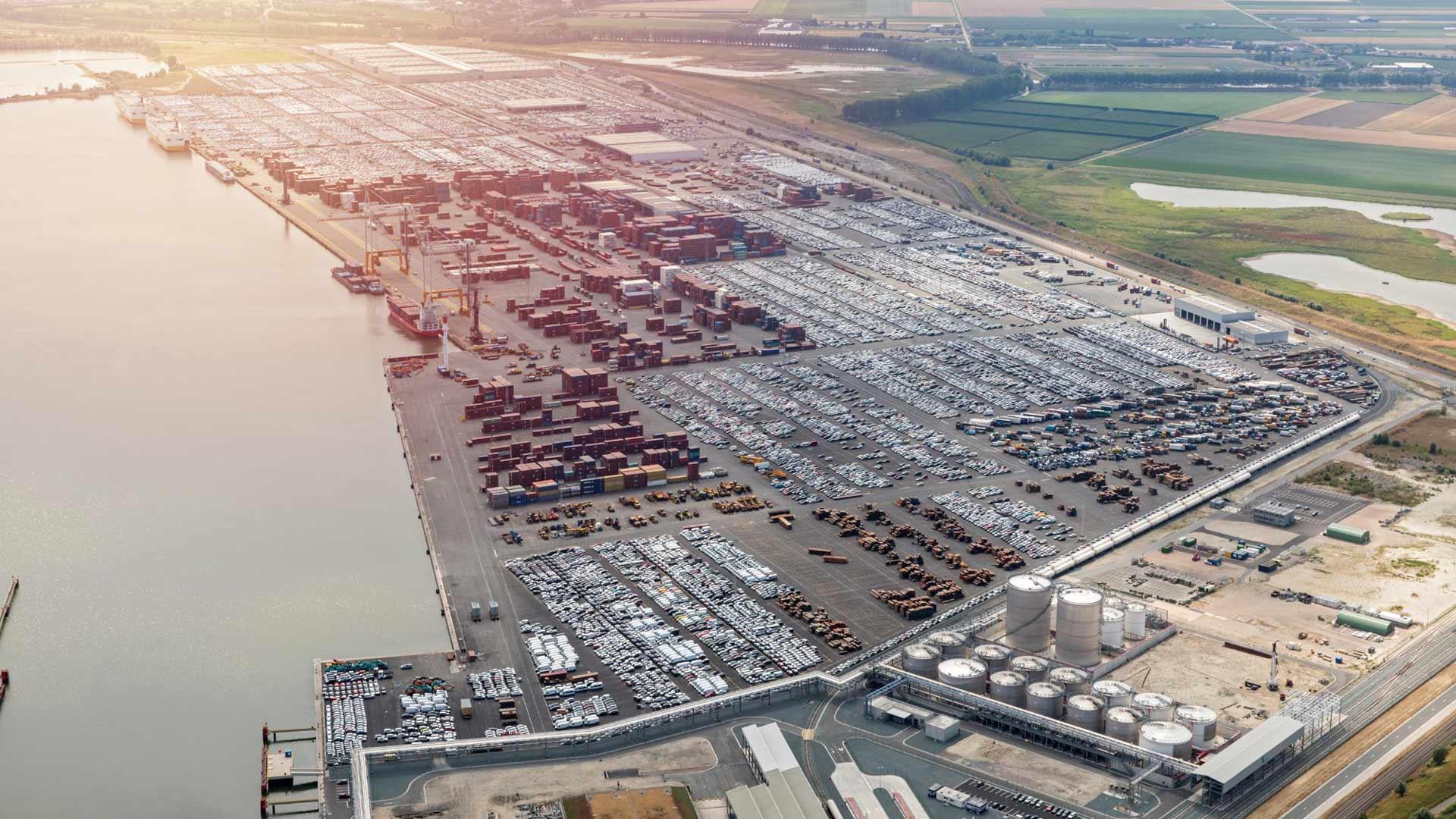 Realisation of several digitalisation and integration projects in the shortest possible time with the best cost-benefit ratio thanks to edbic. High transparency through standardized processes. Heavy reduction in time-to-deployment.

Better analysis and processing of logistics and sensor data

Acquisition of data from weighing- and other sensors, capture of CCTV- and perimeter security events. Data enrichment, conversion and correlation. Hand-off to further processing systems via edbic acting like a IoT/B2B gateway.

Near-real time data exchange with key stakeholders on cargo, status and planning. Monitoring of and enhanced visibility over of cargo, people and traffic flows. Transparency through configuration over development approach.

„With edbic, we were suddenly able to offer services before our customers even asked for them. By now, the proactive development of new services has become a matter of course. Something like this wouldn’t have been possible in the past.”

The implementation of a new terminal operating system (TOS) provided a unique opportunity for our customer to review their entire IT landscape. An acceleration of their digital transformation and reduction of the effort in doing so, was considered vital to continue to match ever-evolving customer- and internal requirements and offer high-quality services to their customers. Maintaining high customer satisfaction level and focus on security were key concerns while doing so.

The existing application landscape had evolved historically along with the business growth but was highly heterogeneous and little integrated and took considerable effort to maintain. Integration projects were launched on demand and in-house development was performed to resolve integration problems. As a side-effect, knowledge had become more and more fragmented and siloed too.
It was obvious that using appropriate tools to connect the individual systems would result in immediate added value and more transparency. In addition to the “classical” integration challenges, the customer highlighted that IoT integration was a hot topic too. The focus here was finding the right pace and tools to enable such transition.
Any software platform that would allow them to connect to their B2B partners, wire up their applications and offer a solid base for IoT integration would definitely stand out from the crowd.

It was decided to implement compacer’s edbic platform as a B2B/IoT gateway. Serving as a performant data hub and sitting in between the customer’s and their trading partner’s applications, it is now a cornerstone of any logistical- and operational flow implemented. edbic was later complemented with an edpem installation to enable business process monitoring.

Various integration projects were realized in a very short timespan. These included some “traditional” B2B projects where EDI, XML and custom data needed to be exchanged with a third party, reformatted and then delivered to a consuming system back and forth.

Furthermore a wide variety of applications were connected to each other using edbic at the center of it all. The terminal’s shift planning and administration system for dockers was wired up to the access control environment, thus resulting in automated payrolling and a drastic reduction of the daily workload for HR staff. Sales order intake, fulfillment and semi-automated billing were accomplished through integration with the customer’s ERP environment. Data set generation for structured testing scenarios, automatic terminal access grants based on planning and visitor schedule data, and many more.

AET decided to take it even one step further and engaged in their first IoT project. In this case they had sensor data acquired from the terminal’s various weighing systems published on edbic. A typical use cases is VGM weighing in support of the SOLAS requirements. Data captured then finds its way to superordinate systems such as the TOS or stowage planning systems for further processing, analysis and visualization.

Perimeter security systems were hooked up to the customer’s CCTV environment to leverage next-level intrusion detection. Correlation of ANPR events to access control information and TOS transactions provide additional visibility, enables traffic control and increments security – a key concern in port terminals. All under the control of edbic.

This new level of digitalisation facilitates the daily logistics routine at the terminal and greatly enhances their efficiency. 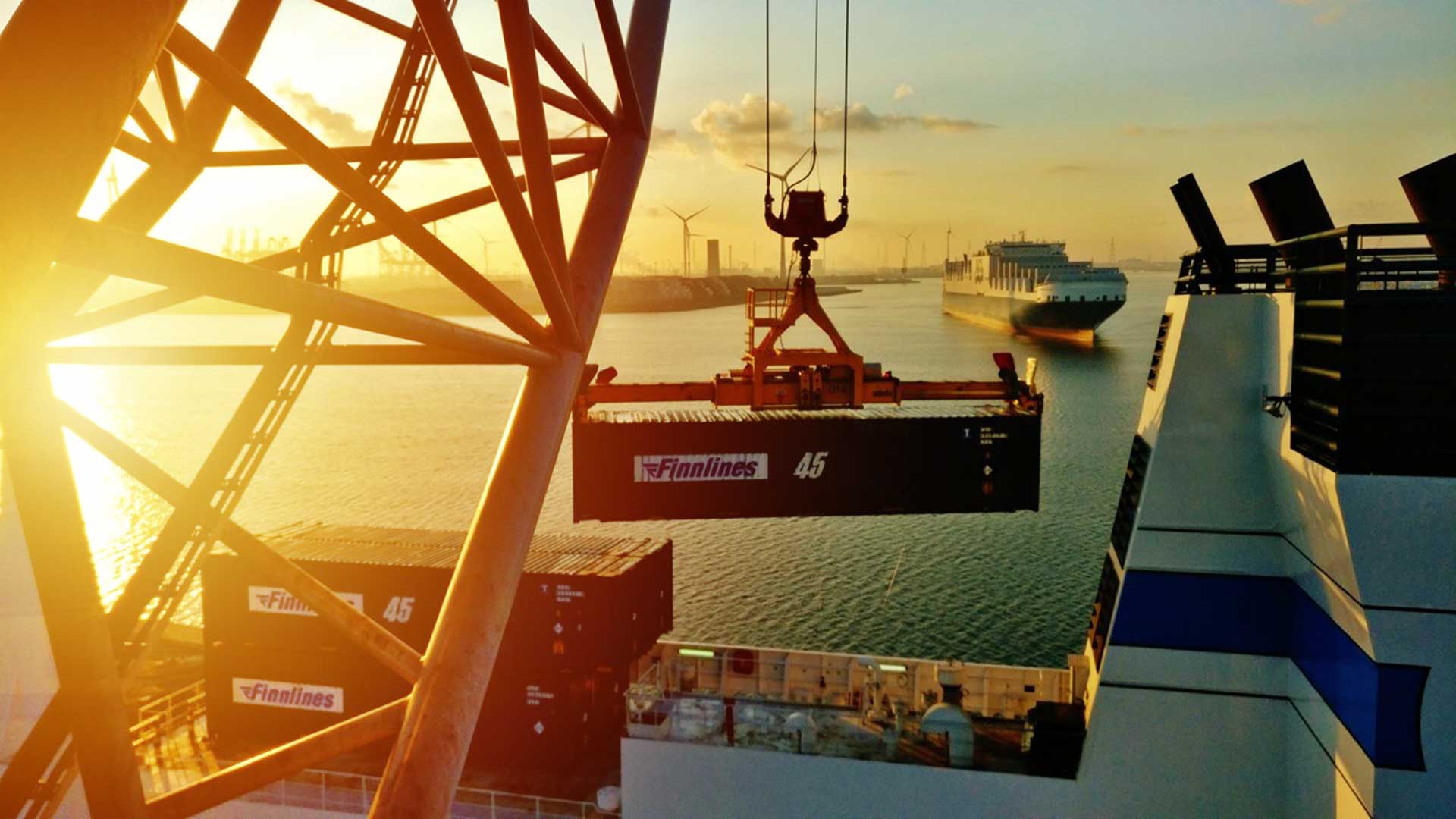 Antwerp Euroterminal NV (AET) is the largest multi-purpose terminal in Europe. It is the home to the vessels of the Grimaldi Group. Its inland location and multimodal connectivity, complemented with state-of-the-art CFS, VPC and empty equipment facilities, make it a key logistic hub specializing in handling general cargo, containers, project cargo, heavy lifts, cars and other RoRo units.

“I am as enthusiastic about working with compacer as I am about their products. Above all, they are impressively creative when it comes to finding solutions, and their flexibility and commitment are equally remarkable. With compacer, I know that I have a reliable partner at my side and that gives me a comfortable feeling.” 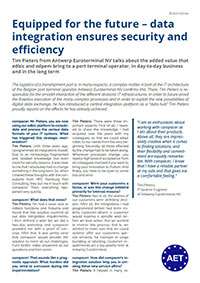 Are you also considering connecting the old world with the new via an IT integration project?

Our experts help you to push your project forward. 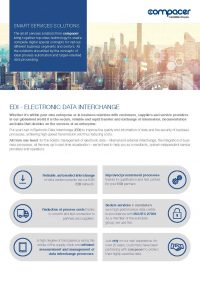 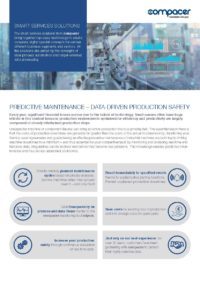 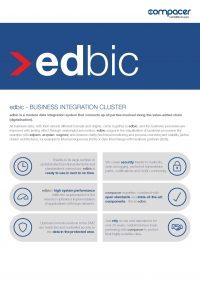