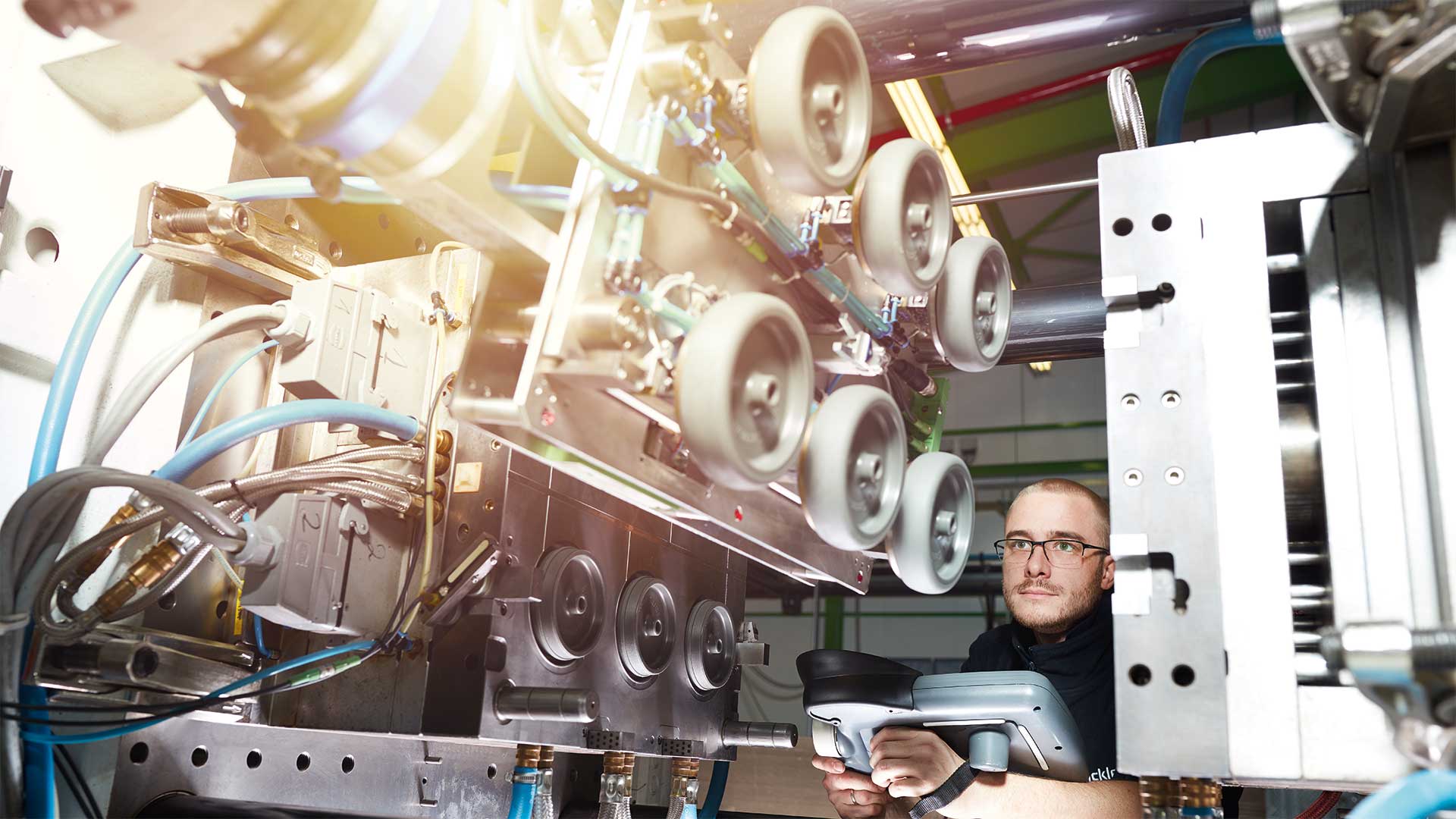 Live evaluation of each machine’s status

Flexibility through an easy-to-modify system

Due to its modular structure, the tool can not only be flexibly adapted with existing modules, but also further developed and extended as needed

“With edbic, we have introduced a modern condition monitoring system that allows us to make the best use of our machine data. We have additionally laid the groundwork for predictive maintenance and other digitalisation projects.”

The project at a glance:

Blickle wheels and castors have always impressed through excellent quality. In order to consistently develop this quality advantage using modern technology, the company aims to transform its production to Industry 4.0 smart manufacturing. One requirement, however, is that the three-shift operation is interrupted as little as possible by the change. Additionally, the company seeks a solution that allows it to remain open and flexible in future digitalisation projects.

Blickle’s IT department thus developed a sound concept to enable a compatible and gradual transformation. At the heart of the strategy lies edbic with its condition monitoring capabilities. The system acts as a central data hub, automatically capturing machine data and transferring them to the ERP system, thus creating full transparency in production.

The introduction of edbic means that, for the first time, machine data do not reach IT in an incomplete form or with delay. Instead, the data is analysed on the fly, which allows Blickle to react to problems immediately. The data generated by the punching presses are monitored and evaluated to know, among other things, the current output rate, the number of defective parts or the quantities produced. edbic thus makes manually edited or printed Excel lists a thing of the past. In polyurethane production, too, problems can now be identified easily to rectify them early on, which helps to maintain the high product quality expected of Blickle castors and wheels.

By now, edbic is also being used outside of production. For example, it has helped connecting the payment provider to the web shop and also lets the shop communicate with the main SAP system.

In future, the system is to be further refined by matching machine data with reference data to enable predictive maintenance and other forecasts. Blickle is also looking into using compacer’s IoT-gateway to advance machine-to-machine communication and their communication with the ERP system to achieve an even higher level of automation. 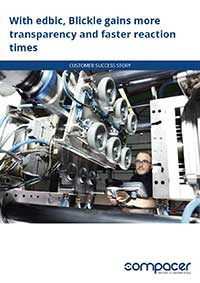 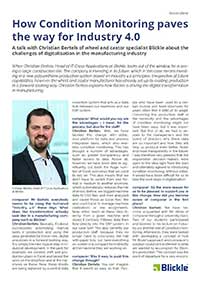 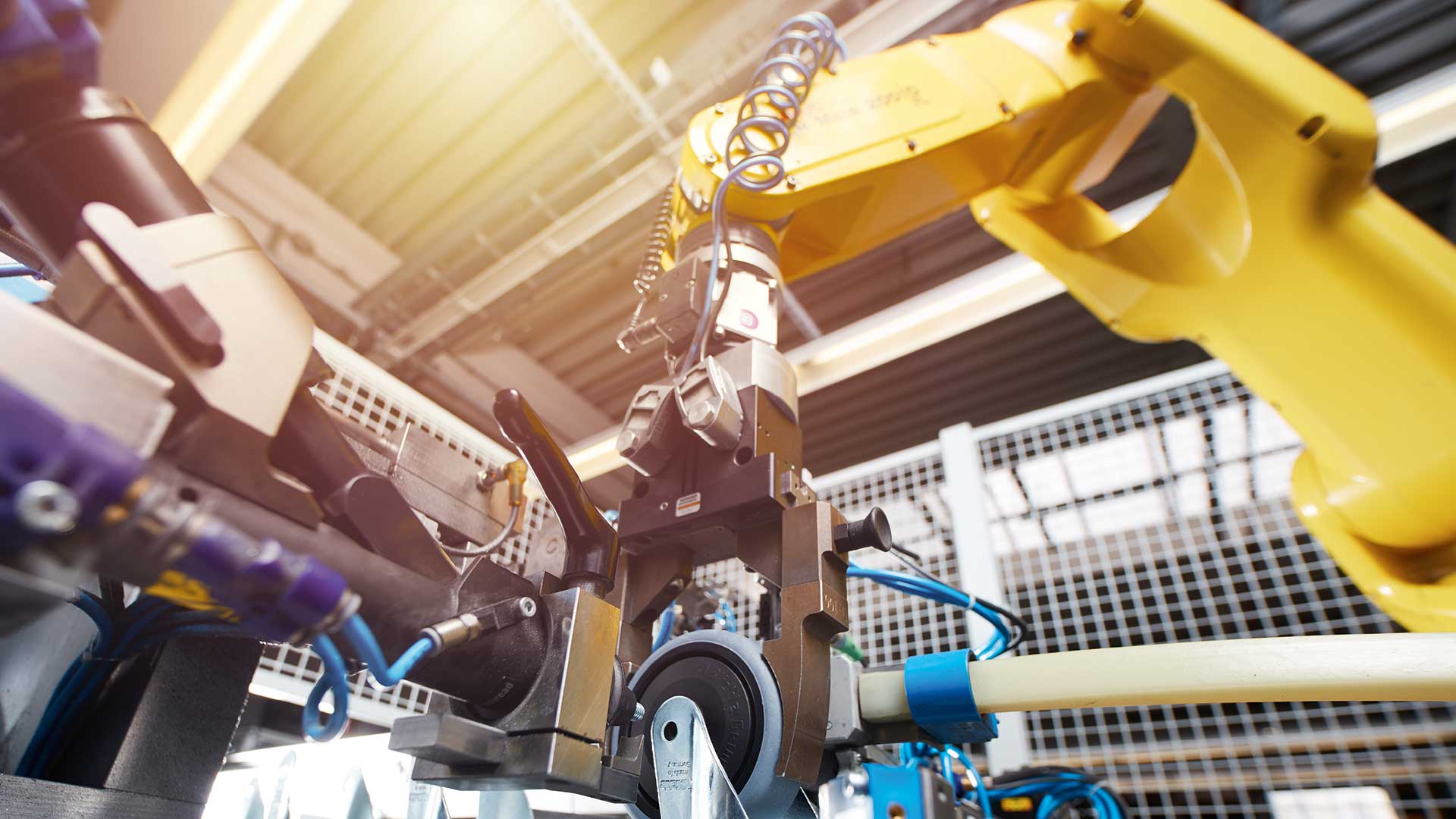 The family business Blickle was founded in 1953 and has always been a paragon of uncompromising quality, high availability, innovation and reliability.

Today, Blickle is one of the world’s leading manufacturers of wheels and castors. The portfolio of standard products comprises more than 30,000 types of wheels as well as fixed and swivel castors in the load capacity range from 25 to 50,000 kilograms. Additionally, the company offers numerous system and special solutions up to 100 tons that are individually developed in collaboration with its customers.

Approximately 800 of the group’s 1,100 employees work at the headquarters in Rosenfeld / Germany. In addition to its Rosenfeld headquarters, Blickle has 18 sales companies in Europe, North America, Asia and Australia and exports its products to over 120 countries worldwide.

“Since using compacer, it has become much easier to integrate new machines into production. Once the machines have been integrated into our condition monitoring, they are automatically connected to all other systems – including SAP.”

Are you also thinking about using condition monitoring? No problem!

Our experts can help you get started with your IoT project. 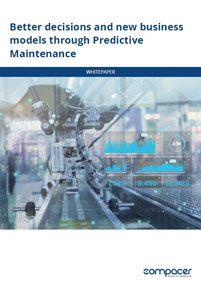 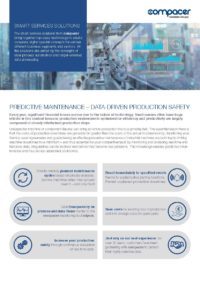 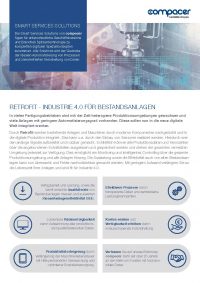 You can find more materials in our Download section
Jetzt Live Demo anfragen!